The CCSWA board meets the 2nd Tuesday of every other month. Meeting locations and times occasionally change so check here often if you are interested in attending.

The Mission of the Cabell County Solid Waste Authority is to protect the public health and welfare by providing for a comprehensive program of solid waste collection, processing, recycling and disposal. 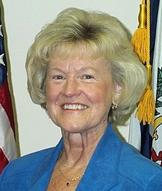 The Cabell County Solid Waste Authority began the recycling program in 2011.  It started with drop-off locations located at Kroger and Cabell County Health Dept and grew to have eight locations across the county.  As participation increased so did the problems including illegal dumping, overfilling bins, and the price to maintain these unsupervised locations.

With these growing problems and lack of funding from the county municipalities the CCSWA had to innovate.  In 2017 the CCSWA removed the eight drop-off sites and went to a gated and monitored location. Funding from grants allowed the CCSWA to install fencing, a key fob activated gate, cameras, and add staff to begin a new way of recycling in Cabell County.

The first year with this new way of recycling was not without problems, though.  Many were upset with the idea of having to pay for a service that had been free for so long.  Only about 200 households signed up in that first year.  The following year membership prices were covered by the Cabell County Commission and the number grew to approximately 600 households.  In the 2019-2020 program year, as funding from the Commission dwindled, participants were required to once again pay to remain in the program.  Currently nearly 1700 households participate in this CCSWA program.